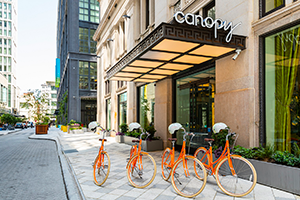 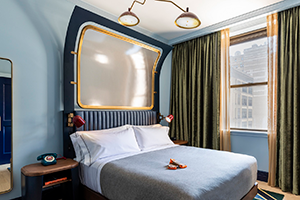 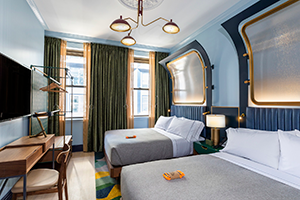 The historic exterior was preserved, while the entire interior was gutted and rebuilt (all new HVAC, Electric, Plumbing, etc.). All the state-of-the-art Hospitality Technology was installed into the building as well such as the Hilton Digital Key (which allows guests to check into their own room and use their phone as a key for all hotel doors) and Hilton Connected Room (which allows guests to control their TV, Thermostat and stream Netflix/music wirelessly, all from their own phone). Additional features include 10,000 sq. ft. of public and private outdoor space as well as 24-hour security.

The development includes multiple restaurants, retail, doggy daycare/veterinarian and a full grocery store. The hotel is located in the Midtown Village neighborhood of Center City Philadelphia, less than 100 yards to the Jefferson Train Station, less than half block to the University of Jefferson Hospital and Philadelphia’s City Hall. Canopy by Hilton Philadelphia Center City is Hilton’s first Luxury and Lifestyle brand to be opened here in Philadelphia. 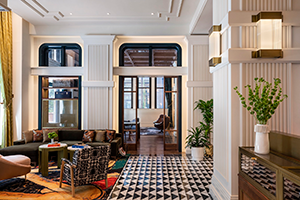 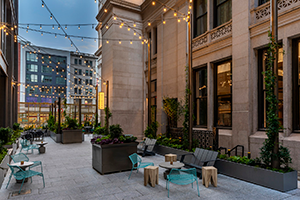