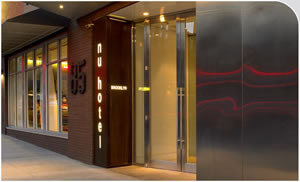 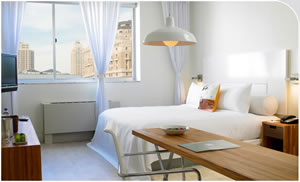 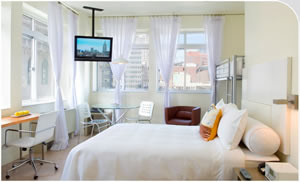 A short trip across the East River from Manhattan, Brooklyn is exploding with hipster bars, Michelin-starred restaurants and chic boutiques. Located at the nexus of four neighborhoods — Downtown, Boerum Hill, Cobble Hill and Carroll Gardens — the four-story NU Hotel makes a great base for exploring both boroughs on a dime.

NU Hotel has 93 sleek rooms with playful touches (chalkboards, hammocks in Urban Suites), a pint-size lobby bar and rotating works of art. Close to the borough’s namesake bridge and a short subway ride from Manhattan, NU lets you burn the candle at both ends, but not a hole in your wallet.

NU is a five minute walk from NYU Tandon School of Engineering, and a fifteen minute ride from the Manhattan campus. Our rates include breakfast and wi-fi access and we offer an NYU student discount of 20% (open to visiting parents too!). 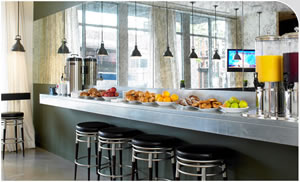 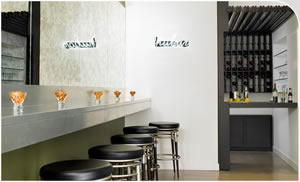