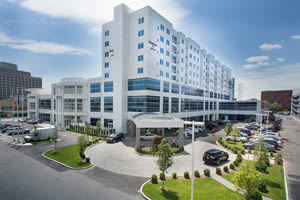 Explore the Bronx from the homelike comfort of the Residence Inn New York The Bronx at Metro Center Atrium. Situated in the East Bronx we are near such local attractions as Yankee Stadium, the Bronx Zoo, and the New York Botanical Garden, plus an array of fine dining establishments and nightlife.

Along with our hotel’s 1,500 square feet of event space, we have an Applebee’s, LA Fitness, Tatiana Day Spa & Salon, Dunkin’ Donuts, and Children’s Corner Learning Center for your convenience. It’s better in the Bronx – come join us at Residence Inn New York The Bronx at Metro Center Atrium and see why.